Rise up - The Capitol Bascats Story

Sporting challenges are a dime a dozen and every good story features obstacles that need to be overcome and hardships to push through. But women's sports and especially women's basketball has always been dealt a particularly biased and in some instances downright disrespectful hand.

That is why you have probably never heard of the Capitol Bascats before, a club that has dedicated its mission to female basketball players of all ages and have done so with unprecedented success. 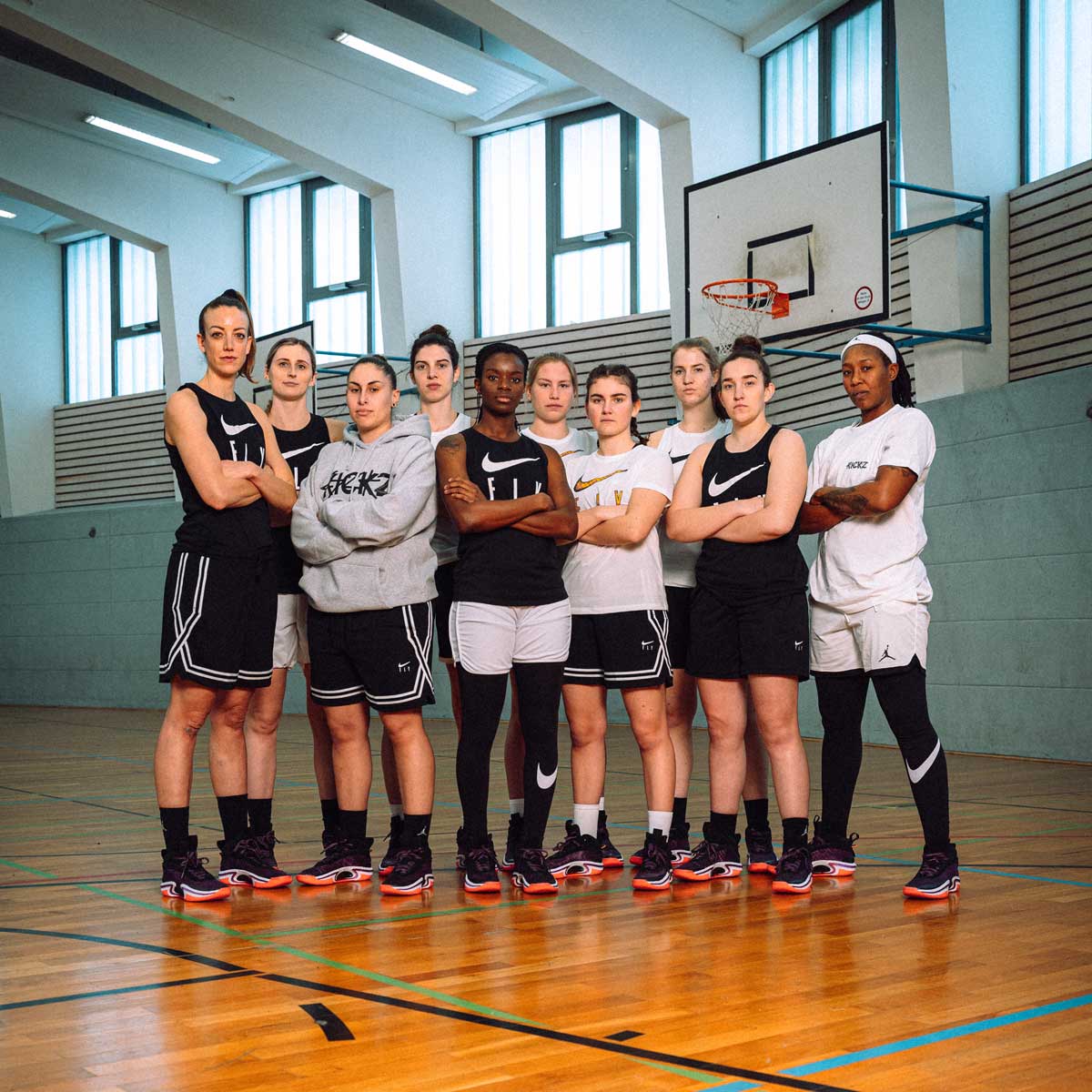 That thought must creep into the mind of everyone who identifies as a "Bascat" be it player, trainer, coach or fan. Not as a source of anger, although certainly understandable if it was, but as pure motivation to keep going. Instead of getting caught up in the hype and the hate the Capitol Bascats just keep on rolling, doing their thing. Letting their game speak.

Founded in Düsseldorf in 2016, the Bascats are a young but proud team. After five league promotions in five years, their first team has been through an incredible journey. Climbing from local district league to the national top division nonstop and in record time, the Capitol Bascats have also grown into Germany's second-largest women's basketball club along the way. They have turned Düsseldorf into a women's basketball stronghold and a shining example of what is possible when you have a group of people who love what they are doing and have their sights set beyond the horizon.

Where will that journey end? Nobody knows. The transition from 2nd to 1st division has proven to be even more difficult than expected. Speed, athleticism and basketball IQ are literally on a different level here with many players having international experience under their belt. But the Bascats won't quit and have already acquired reinforcements for added depth within their ranks to jump ahead of four teams that will be relegated to 2nd league at the end of the season. That, above all, is paramount now. Staying in the league they have fought so hard to reach.

As they are ready to take on this challenge in their quest to continue proving haters wrong and changing the mindset people have towards women's basketball, KICKZ stands firmly behind them. As Europe's #1 basketball authenticator we are committed to shaping and pushing basketball culture in any capacity, form or gender. The Capitol Bascats story is an inspiration to female ball players everywhere and we are extremely proud to support this team, their mission and make sure their story is told.