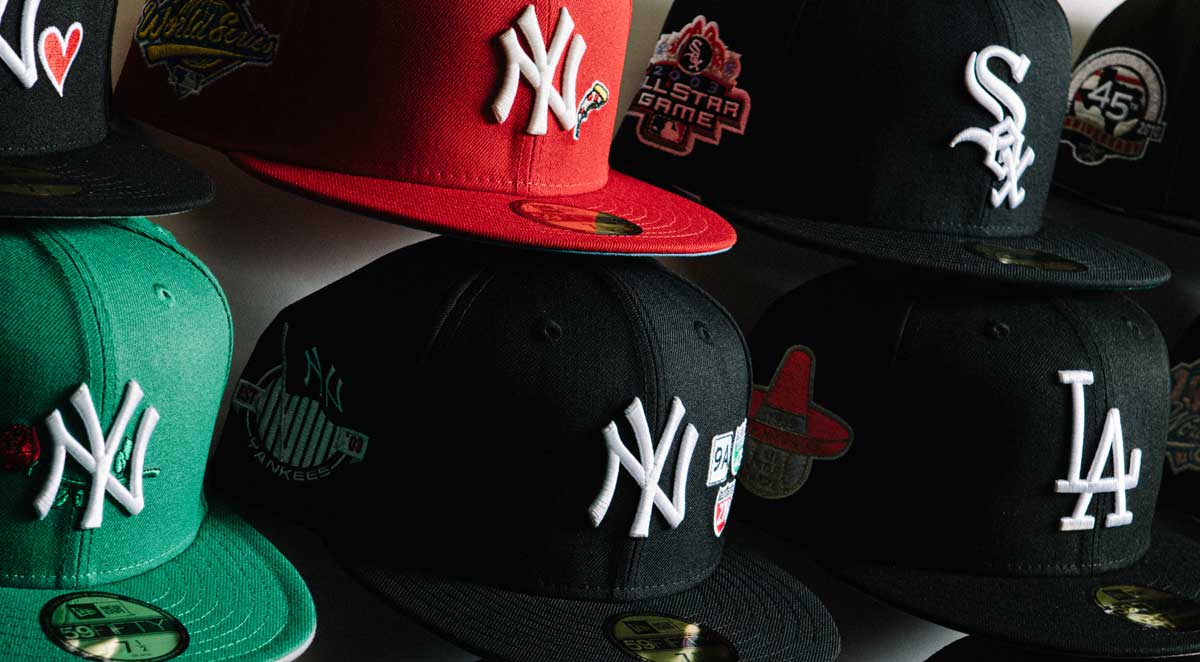 The baseball cap. It's much more than just a clothing accessory or piece of headwear to shield your head and face from the sun. The ball cap, no matter what brand or style, has become a staple in global streetwear fashion.

Like many things you see people rocking on the street today, the baseball cap started out as athletic gear originally. In 1846 players started wearing brimmed hats on the baseball field to better track the ball in the glaring midday sun. Wearing a ball cap off the field, however, was not a fashion option at all back then. The cap was strictly seen as a sporting accessory that served a function like a baseball glove or a bat. Imagine wearing an ice-hockey helmet going to work and the looks you would get. That's the equivalent.

As the most common men's attire back in the day were black suits, the baseball cap would not have fit that look anyway, given the fact that the earliest forms of these caps were made of braided straw. It was not until 1849 that a team called the New York Knickerbockers – founded 100 years before their more famous basketball counterparts – switched to Merino wool. But the biggest innovation came in 1901 when the Detroit Tigers changed the game by putting a depiction of their namesake animal on their caps, essentially turning a sunshade into a battle flag. 'I am part of this team and I proudly wear our logo' is the very principle of team merchandise to this day. Still, non-athletes wearing team-branded clothing in everyday life were virtually non-existent for the first half of the 20th century.

The emergence of television and nationwide game telecasts introduced a whole new audience to Major League Baseball, which caused more attractive redesigns of team uniforms including ball caps. After WWII every professional baseball team was wearing its own branded hat and the on-field accessory made its way into the hearts of children who played Little League Baseball. These children oftentimes continued wearing their on-field caps after the game as part of their normal clothing, even taking the look into adulthood, thus pushing the baseball cap onto the streets of the 60s and 70s.

However, not until the 1980s did New Era, the company that supplied MLB for decades, start selling authentic team-branded hats to fans. From then on, there was no stopping this train and more and more companies jumped on the opportunity to make a buck or two on top of their regular revenue. Agricultural companies, for example, began to produce foam-front hats with company logos and cheap, adjustable straps made of plastic. Mesh backing made the hats more breathable for workers and long-haul drivers, giving birth to the phenomenon known as the "trucker hat".

When Tom Selleck starred in the 80s hit show Magnum P.I. donning a Detroit Tigers cap in every episode, the baseball cap had completed its long journey to street fashion. The hat that started out as athletic gear could now be seen on the cover of fashion magazines, in music videos, and was worn by rock stars and everyday people alike. Jay-Z rocking a Yankees hat is now just as normal as George W. Bush wearing a cap of his hometown Texas Rangers or Barack Obama repping a White Sox hat.

Today, the baseball cap is a stark reminder, that above all else we as people need a sense of belonging. Putting on a hat that shows allegiance, as a fan of any sport, of any team, in any country in the world, shows that you are not alone. You belong to that group of people. There is no other fashion item with a message as powerful as that.

--> Who do you belong to? Check out our huge selection of baseball caps and rep your team! <--